We went on a charity shop run today to some nearby villages and towns. We got most of our haul from the very first one surprisingly. They had a good collection of bric-a-brac, clothes and books, of which we got some of each. 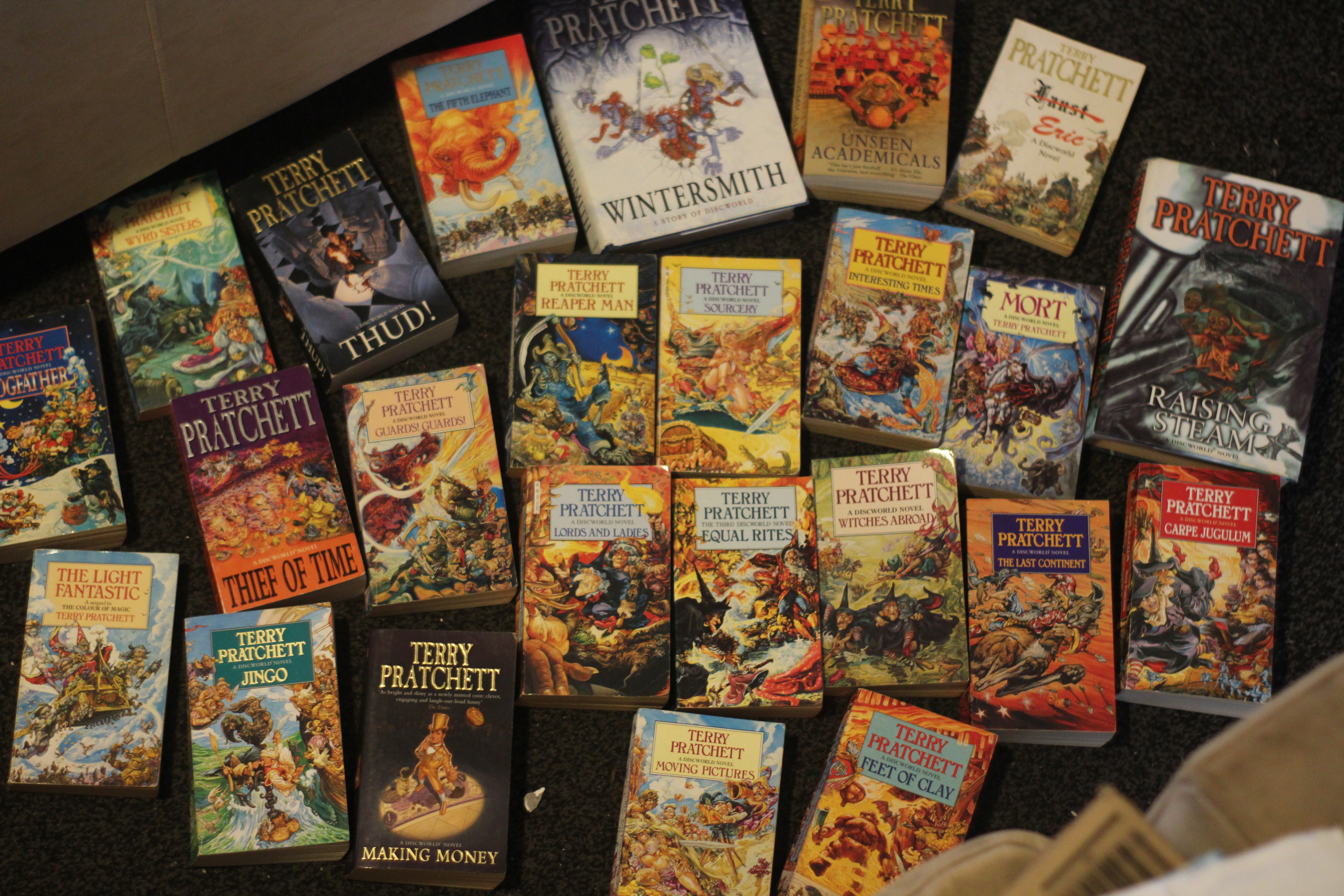 We found all of these books in the same place! We weren’t planning on starting a Terry Pratchett collection, but if we can get more than half of the collection in one place for 30 pence a book, why not?

All in all it was a pretty decent run I think.

Under the suggestion of my girlfriend I’ve been reading through the Stormlight series of books by Brandon Sanderson. I’ve been quite enjoying them and are currently half way through the second book. I haven’t read a book properly in years and I’m surprised at how quickly I got into them.

I’m a big fan of overly complex magic systems and Sanderson seems to revel in that as well, going into intricate detail in how everything works. Several of the main characters have genuine interest in researching these systems so the books have an excuse to write about it at length.

This book caught my interest in a charity shop a while back. I hadn’t realized it was the third book in a series at the time, but I’ve since started reading the first book in the series Sabriel. I’ve only read a short amount (around 70 pages or so) on my e-reader during trips in the car, but I have been enjoying it so far.

The series is a about a young girl (Sabriel) who is the daughter of a powerful necromancer. One day she get’s a message from her father indicating he is in a spot of bother (understatement) and she begins her adventure to help / save her father.

The necromancy aspect has me the most interested. “Death” is described as a series of “Gates” (the first of which is shown to be a humungous waterfall leading to the next), that Necromancers have access to. Things can come back from passing through these gates and Necromancers have some aspect of control on this, being able to bring things back and bind them to their will.

You are our visitor!